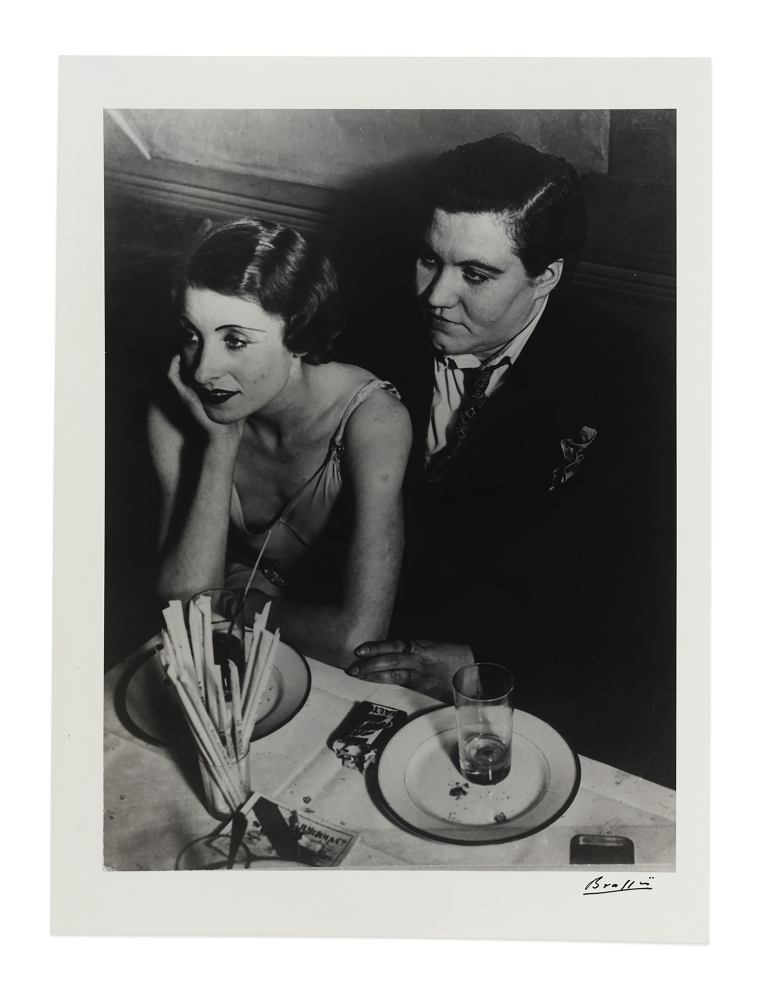 Once one gets past Brassaï’s sometimes sensationalizing accounts of his own art—that he “was eager to penetrate this other world, this fringe world, the secret, sinister world of mobsters, outcasts, toughs, pimps, whores, addicts, inverts”—one realizes that the photographer was making portraits of singular human beings with whom he empathically identified. His pictures are trenchant psychological studies of individuals who lived life as they wanted to (or, in many instances, had to). Brassaï felt at home in Paris’s underground, a realm of the alien and the alienated, because he, too, was an outcast: a Hungarian-born foreigner who was too other to ever properly fit the role of the assimilated Français, even though he became a French citizen in 1949 and lived in France until his death in 1984. The thirty-nine Brassaï prints on view at Marlborough—many of which appeared in the artist’s first exhibition at the gallery’s New York space in 1976—showed us that the acclaimed Rive Gauche voyeur could also be, on occasion, more than a little tender. 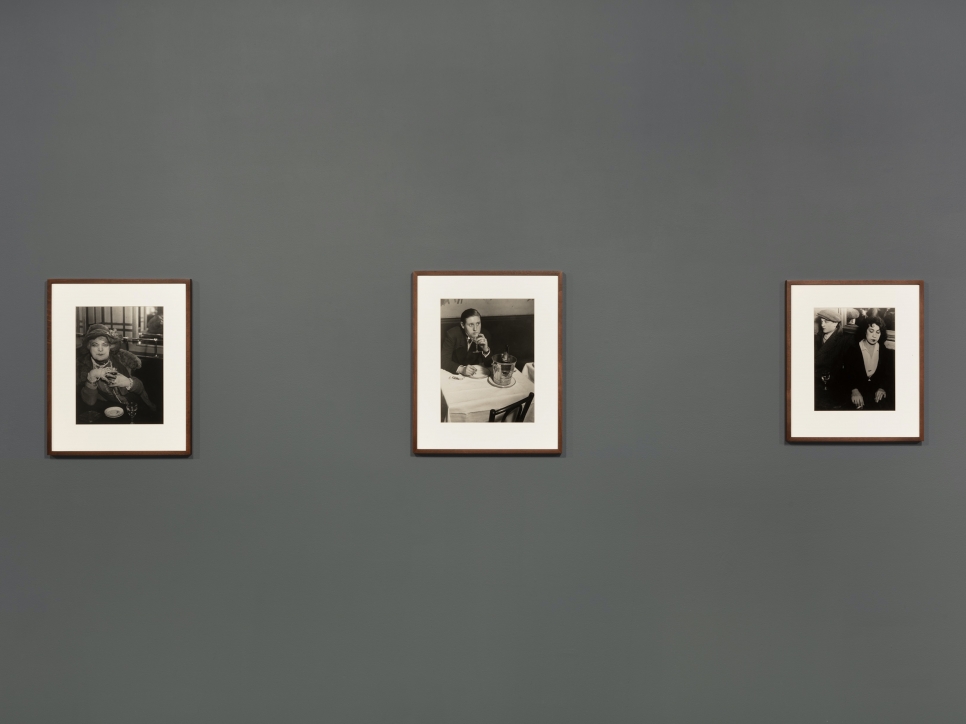