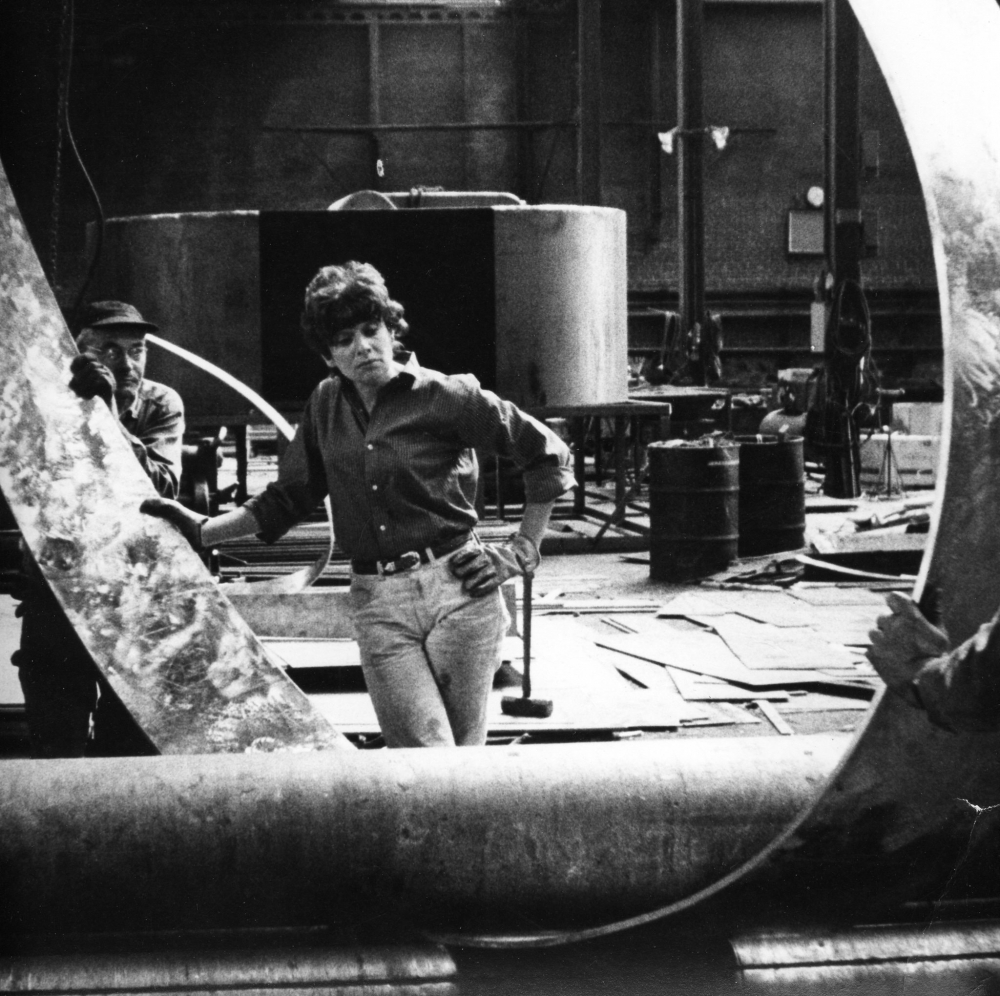 Beverly Pepper, an acclaimed American sculptor whose work was suffused with a quicksilver lightness that belied its gargantuan scale, died on Wednesday at her home in Todi, Italy.  She was 97.

After beginning her artistic life as a painter, Ms. Pepper was known from the 1960s on as a sculptor of towering forms of iron, steel, earth and stone, often displayed outdoors.

Her art is in the collections of the Metropolitan Museum of Art in New York, the Brooklyn Museum, the Museum of Fine Arts in Boston, the Hirshhorn Museum in Washington, the Barcelona Museum of Contemporary Art and elsewhere. It also graces public spaces throughout the world.