“Longings, disappointments, and fears teach me how to build their shapes. My imagination makes a choice.”​ 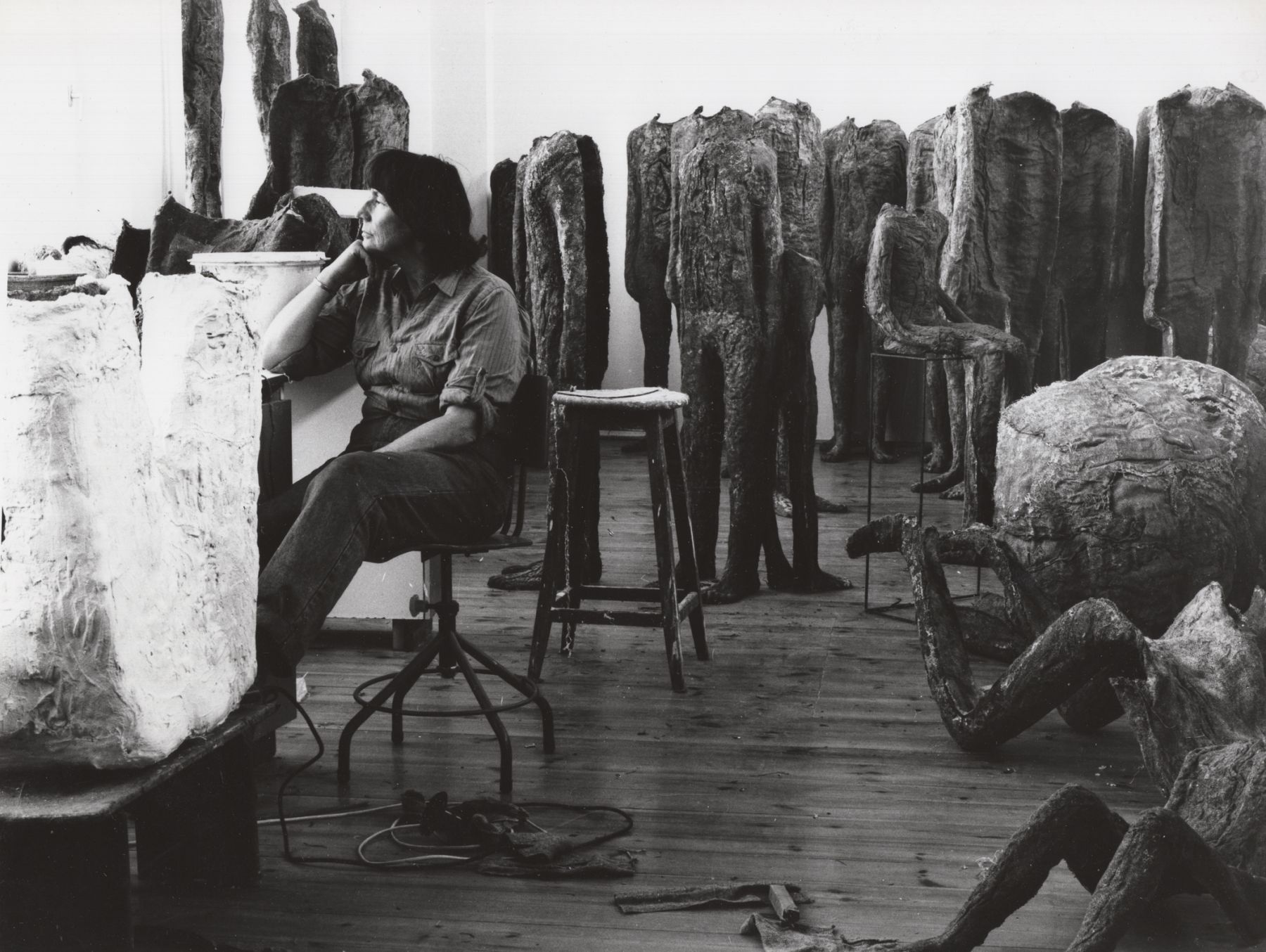 Magdalena Abakanowicz was born in 1930 in Falenty, Poland. She emerged as a young artist in a country devastated by the Second World War, a unique perspective that has unraveled through a distinct sculptural vocabulary, an original use of materials and figurative forms. Layered with meaning, her work carries a timeless, mythic quality.

Magdalena Abakanowicz has had over 150 solo exhibitions in Europe, North and South America, Japan, South Korea, and Australia. She has exhibited at The Metropolitan Museum of Art in New York, the Jardins du Palais Royal in Paris, and the Muzeum Narodowe in Poznań. Her most recent solo exhibit ions include the Palacio de Cristal, Museo Nacional Centro de Arte Reina Sofía, Madrid and Instituto Valenciano de Arte Moderno (IVAM), Valencia, both in 2008, and the Fondazione Arnaldo Pomodoro, Milan, in 2009. Several works were exhibited in the Energy and Process wing at the Tate Modern for the duration of 2010, and her survey The Human Adventure was exhibited at the Akbank Art Center, Istanbul, in 2013.

Much has been written about Abakanowicz’s life, how she emerged as an artist from war torn Poland, and her unique vision. Writers have commented on her distinct sculptural vocabulary, its original use of materials and figurative form. Her work is capable of invoking deep feeling and can reach into a timeless, mythic quality. Robert Hughes in Time magazine referred to its “dark vision of primal myth” and Barbara Rose, in her monograph, Magdalena Abakanowicz (Abrams, 1994) wrote the artist is “a shaman who receives and transmits messages in a visual language that is more universal than words.” 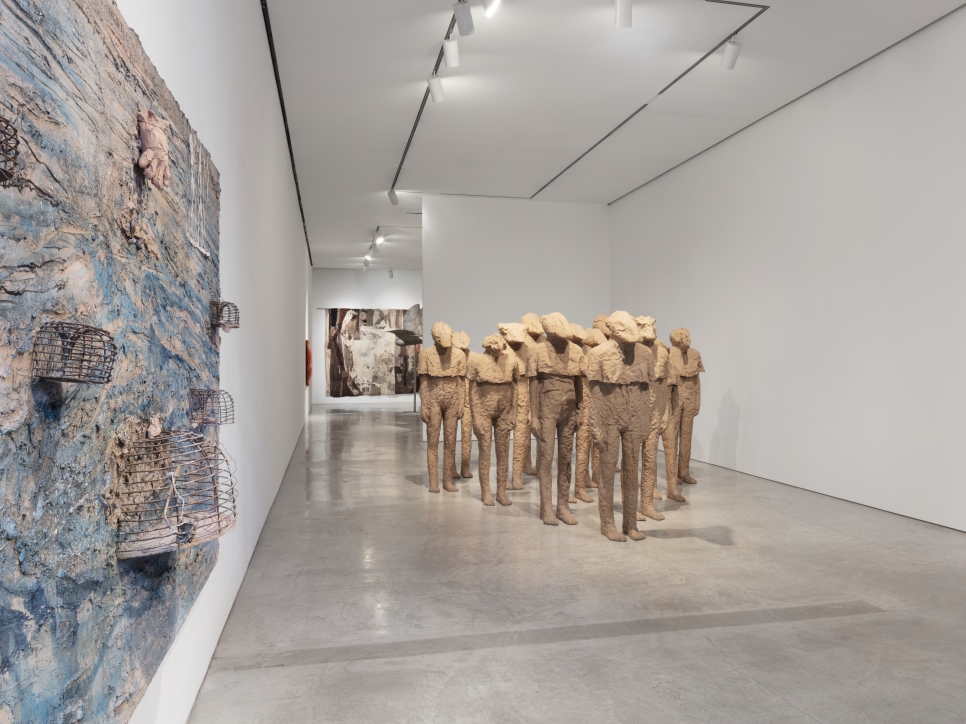 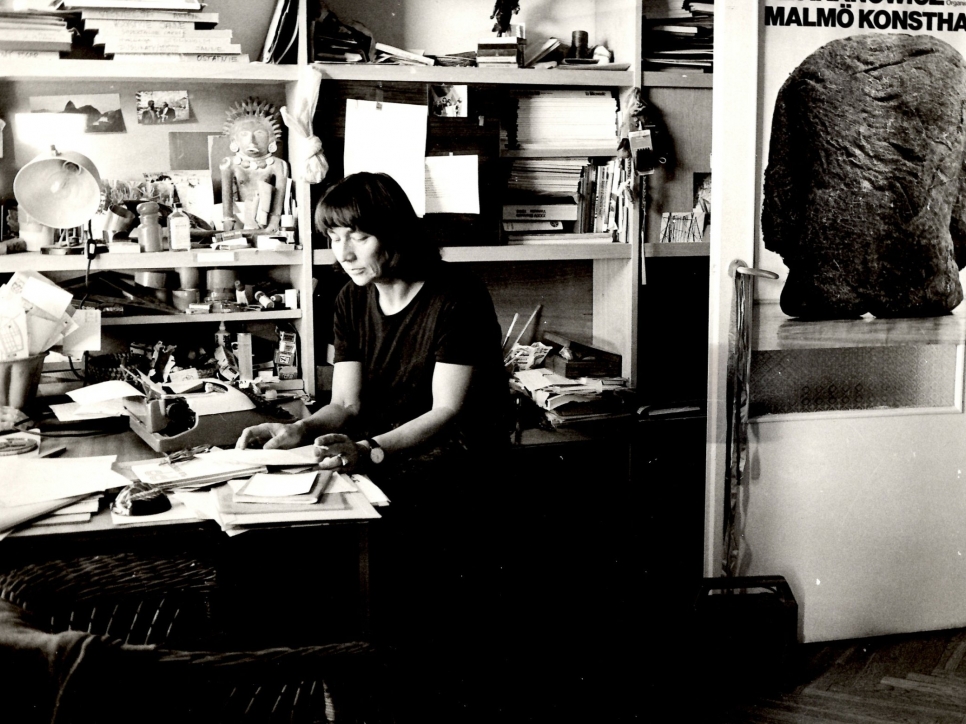 VISITING THE STUDIO OF MAGDALENA ABAKANOWICZ, THE GODMOTHER OF INSTALLATION ART
Interview with Magdalena Grabowska and Marta Kowalewska published in Contemporary Lynx November 30, 2020

Magdalena Grabowska and Marta Kowalewska from the Magdalena Abakanowciz Foundation sat down with Dobromiła Błaszczyk to discuss the late artist and her studio, entered on the list of Warsaw Historic Art Studios. 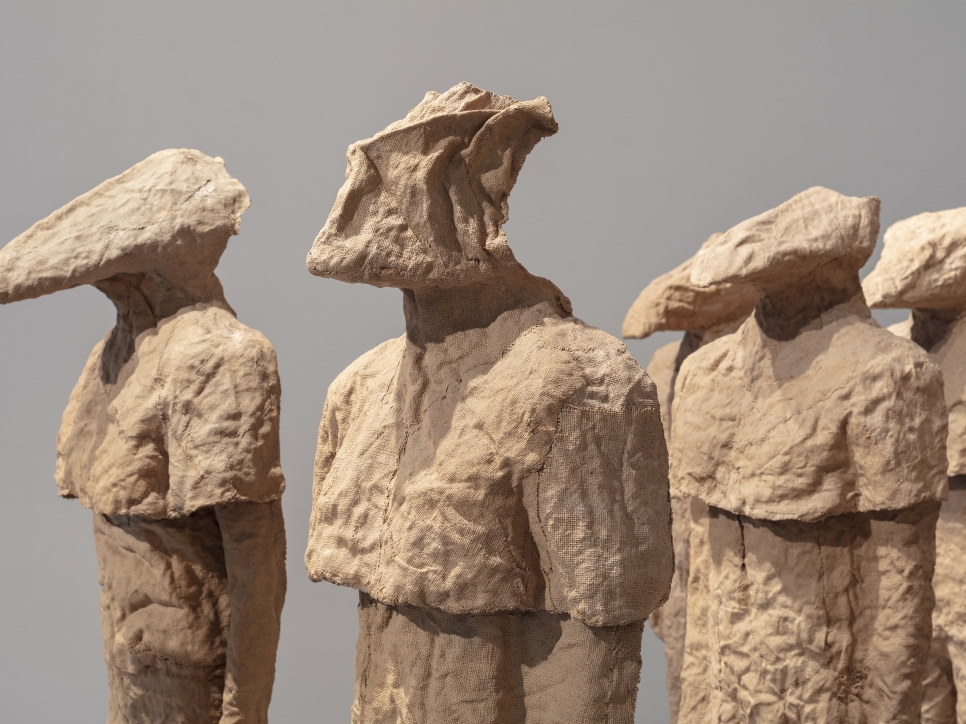 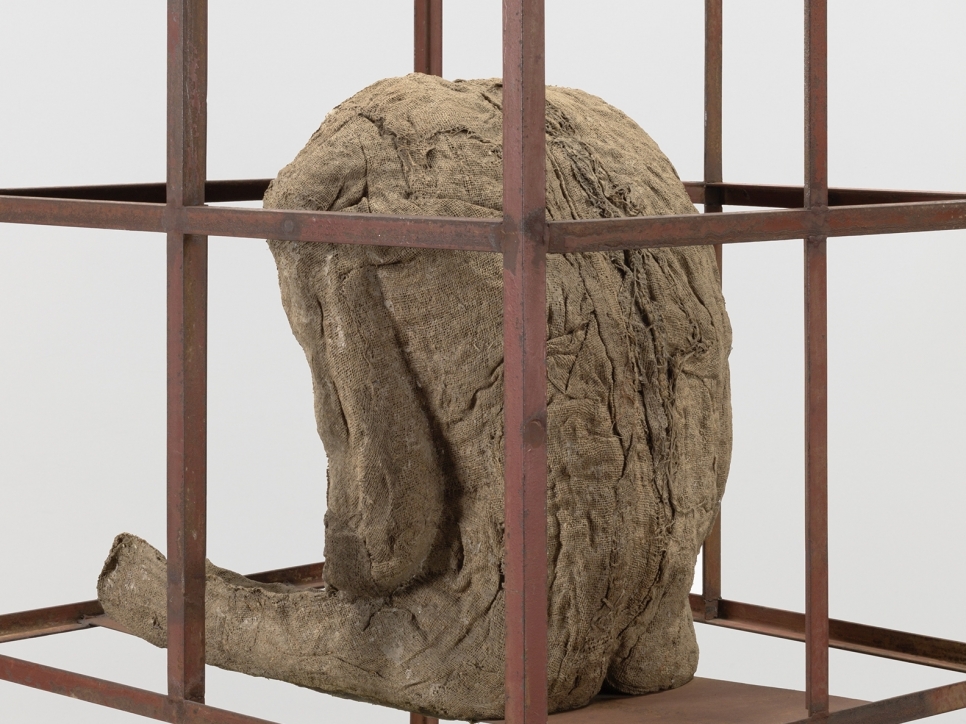 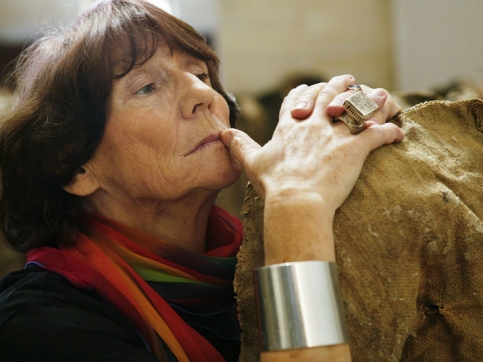 Acclaimed Polish artist Magdalena Abkanowicz will be celebrated in a now postponed major retrospective at Tate Modern. Before that, one of her distinctive textile sculptures comes to auction in London. 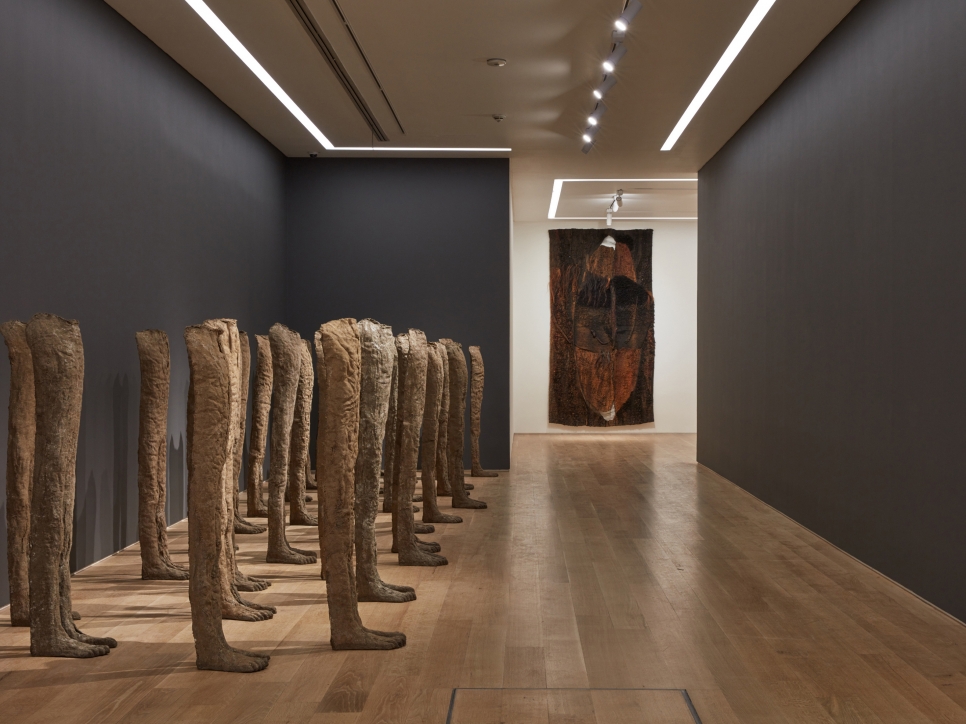 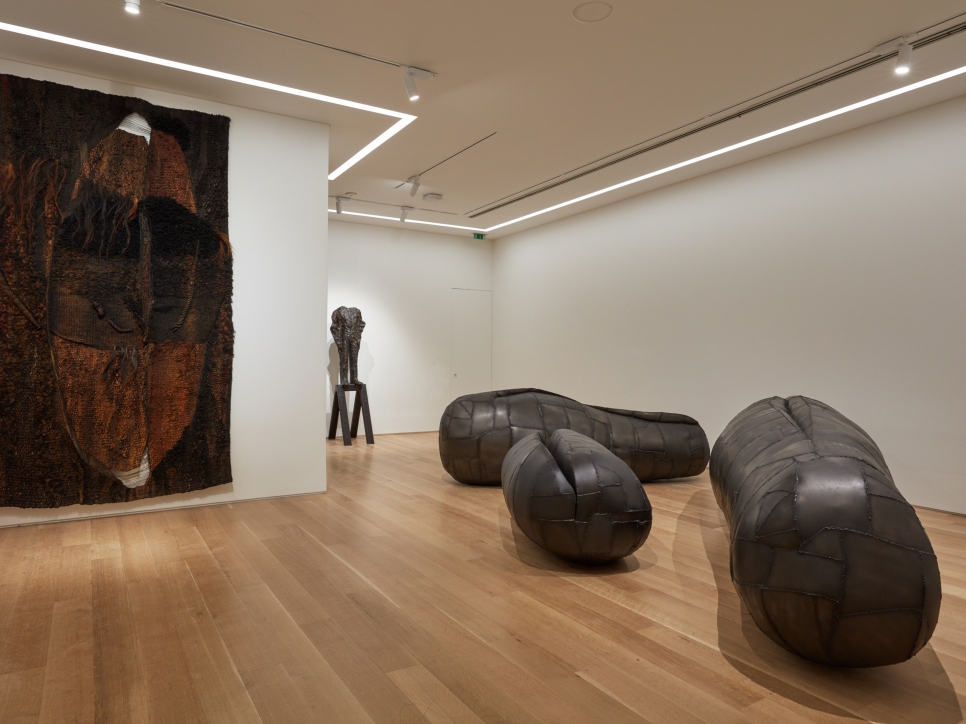 Ahead of a major solo show at Tate Modern, Marlborough Gallery shows a selection of works by Magdalena Abakanowicz.